Washington area is wealthiest and most educated region in the nation, census data show

From the Washington Post: "The Washington area's affluence and education levels make it the wealthiest and most educated region in the nation, according to census data released Tuesday that reflect five years of relative prosperity compared with the rest of the country. During that period, Fairfax and Loudoun were the only two U.S. counties with median household incomes surpassing $100,000. Tiny Falls Church, which is an independent city and counted separately, had that median income level, as well. Five of the region's suburban counties - Fairfax, Arlington, Loudoun, Montgomery and Howard - plus Alexandria and Falls Church, were among 17 places in the United States in which more than half of the residents have at least a bachelor's degree."
Read more:
http://www.washingtonpost.com/wp-dyn/content/article/2010/12/14/AR2010121404031.html?hpid=moreheadlines
Posted by Sean Ruppert, Owner, OPaL, LLC at 5:53 AM No comments:

Cabin John to be Featured in the Popular Washington Post Series: Where We Live

The Washington Post is figuring out what Cabin Johners have known for decades. That the small area between the Potomac River and River Road deserves some accolades. Within the next few weeks Cabin John will be featured in the very popular Where We Live column. Currently featured is the quirky college town and Baltimore suburb of Catonsville. We can't wait to see Cabin John receive the accolades it so rightfully deserves. We will post a link as soon as it is made public.
Posted by Sean Ruppert, Owner, OPaL, LLC at 6:07 AM No comments:

Washington is the only major city in the country with an unemployment rate below 6 percent, with a tighter labor market than the next four-lowest unemployment rates, in Oklahoma City, Minneapolis, Austin and Boston.'

This Month's Most Popular Posts

Popular Posts of ALL Time

Sean Ruppert, Owner, OPaL, LLC
Thanks for visiting the OPaL blog! Which is really my work journal, so I hope you enjoy it. This little blog isn't going to win a Pulitzer anytime soon; you'll see plenty spelling and gammer errors and maybe even some slang. However, you'll learn a little about why we build the homes we build, in the areas we build them. You might also come to understand what makes an OPaL home so special. I think it's an intangible quality; maybe even an energy that just makes you feel good as you walk through our homes. The reading nooks. The interesting site lines. The use of sunlight. These are just a few examples of what makes our homes so unique. That's why our tag line reads: Homes as Unique as You Are. OPaL homes are an expression and extension of who we are as builders, architects, designers and human beings. I hope our homes can also be an expression and extension of who our homeowners are too. That would be nice. Sean

FIFTY THOUSAND is a TON of SAVES - That's so OPaL

I was just informed that OPaL was recognized again on Houzz.com. This time for our HUGE number of saves. Seems people from around the world... 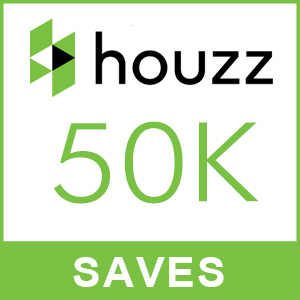